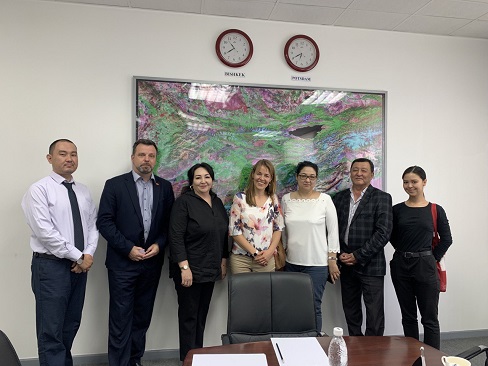 On May 20, 2022, Ms. Charlotte Unger, a representative of GIZ, visited our institute. After a short tour of the CAIAG, Mr. Moldobekov presented the presentation "Experience and practice of project implementation", explained the structure of the CAIAG, told about the main directions of research. He showed the technical equipment of the CAIAG: a network of monitoring stations (integrated meteorological-hydrological, tidal, geodetic, seismic stations and dust stations). He also noted that data from monitoring stations are received in the SDSS database, which is stored on the CAIAG server. These are more than 70 observation objects (stations). And that the data is open to everyone for free use. He also noted that local and regional seismic observation networks have been established in Kyrgyzstan in cooperation between the GIZ and CAIAG.
CAIAG also created an earthquake early warning system, a map of the probable seismic hazard of the Kyrgyz Republic, a map of the spread of landslide sites in the southern part of the territory of the Kyrgyz Republic and a catalog of landslides by hazard levels.
Mr. Moldobekov said that the CAIAG is engaged in monitoring and studying glaciers, explosive lakes. An updated digital catalog of glaciers based on remote and ground-based methods has been compiled.
A method has been developed to forecast the water content of Kyrgyzstan's rivers in 14 catchments, based on snow cover data from Terra/MODIS satellite images.
The method is implemented in the Kyrgyz Hydromet system for operational forecasting. Justifiability of forecasts: 75-90%.
Mr. Moldobekov also spoke about the implemented CAIAG projects. 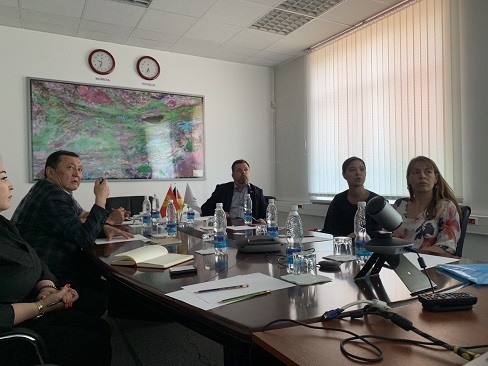 Prepared according to our own materials.